Part-time and temporary jobs in the 1960s – Part Four

Having my own second-hand motor scooter enabled me to find part-time work at the rapidly expanding Gatwick Airport. The North Terminal of the airport and rebuilt Gatwick Racecourse station had been opened by the Queen in 1958 and throughout the 1960s it catered for the growing number of overseas flights, especially for those going on package holidays. Thus, there were always plenty of part-time jobs available for those with their own transport. I had my own motor scooter and for a few weeks in 1967 I had a weekend at the Fortes restaurant in the North Terminal – preparing sandwiches, clearing tables etc. The work was acceptable but all the part-timers were summarily dismissed at the end of September once the charter flights ended.

By the summer of 1968 I held a full-driving licence and thus I was able to secure a summer job delivering airplane meals and drinks from a small catering company situated on the perimeter of the airport, to the planes. In those days security at airports was almost non-existent and I was able to drive a one-ton van directly through the open gate and on to the taxiway to the waiting planes without any form of vetting or security clearance. The principal customer of the caterer was Dan-Air Ltd and the main planes that we loaded and unloaded with meals were the De-Havilland Comet 4. 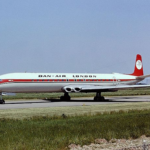 The Comets were the first ever jet passenger planes, but like all innovations, they had been somewhat accident prone in their early years. During this time many important lessons about aircraft design and metal fatigue had been learned which were of great use to rival American manufacturers such as Boeing . However, following another serious fatal accident by a Dan-Air Comet in 1970, confidence in the aircraft and the airline began  to be lost. The company and its fleet were eventually sold to British Airways for one pound in 1992.

In September 1968 I left Crawley to go to college but returned for the 1969 summer vacation. I was then able to find a summer job as a labourer working for Gleeson & Co. who were building the Water Treatment Works adjacent to the Bough Beech Reservoir, near Edenbridge (see https://mackley.co.uk/capabilities/waste-water/bough-beech-water-treatment-works/ ). The only reason I got the job was because I was friendly with one of the trainee engineers then working on the site who was anxious to find someone share the petrol costs driving from Crawley each day. 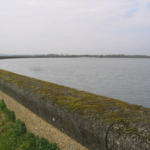 Safety measures on construction sites were quite lax in the 1960s and shortly before I arrived a huge earth mover had turned over while working on the reservoir dam. The driver extracted himself from the wreckage and promptly walked off-site – knowing that he was bound to be sacked. On one occasion, I had to dive from a dumper truck that I was driving to avoid decapitation by an excavator bucket swinging in my direction. The dumper truck proceeded into a ditch and fell on its side. The driver of the excavator realised that the incident had been his fault and so used his machine to help me retrieve and right the dumper and nothing more was said about it. On another occasion, myself and another student labourer were transported in an excavator bucket and deposited in a deep puddle at the bottom of a large very unstable open hole in order to clear a blocked drain. This was the only way it would have been accessible.

In spite of the risks involved and the long hours worked, this job was well-paid and provided me with a great break from my studies. Some of the money earned was spent in the local pub, trying to keep pace with my workmates, especially the site agent who was unable to function properly until he had downed several whiskies from a flask each morning. I also noticed that my vocabulary unconsciously changed whilst at work, to include copious use of Anglo-Saxon four letter words, which were then far less common in everyday conversation than they now are. However, I was also able to save enough money to buy a second-hand car which was an important factor in my having a truly great time during my second year at college.

The parents of some of my schoolfriends would not permit them take on such part-time work, believing that a future potential employer might be put off by someone who had performed unskilled labour. As far as I was concerned. these jobs were an important part of my education, introducing me to the world of work in all its variety and sometimes teaching me what I didn’t want to do with the rest of my life.