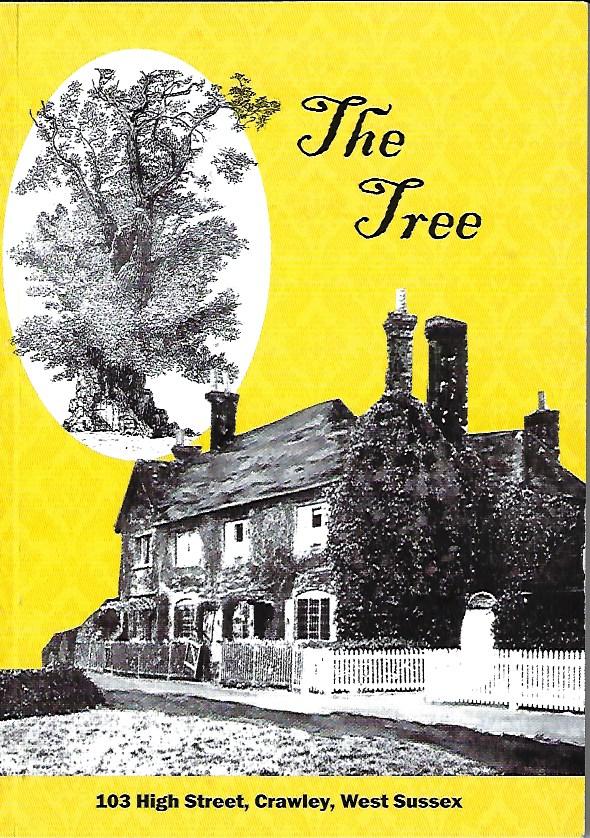 This book by well-known Crawley historian Nadine Hygate, provides a fascinating look at ‘… the oldest known survivor of the houses from the original settlement of Crawley.’ Known by a variety of names, including Crawley Place and Elm Tree Cottage, the building is today simply ‘The Tree’.

Hygate provides a detailed narrative history of the building and its occupants, from its possible origins in the fourteenth century to 2016, when work had begun on converting it into the present Crawley Museum.

The prologue contains fascinating facts about the Elm tree after which the cottage is named and this tree’s various uses in its long history.

The book then looks at the building’s varied uses: the farm for a landed estate, through being a cottage residence of various families, owners or tenants, from the fifteenth to the seventeen centuries including the family of ironmaster Leonard Gale, to the association of the building with the medical profession. Crawley doctors included the Dungate and Chatfield families in the eighteen century and, from about 1795, Dr. Robert Smith and then his son Dr. Thomas Smith. This section of the book includes an interesting vignette of the cartoonist John Leech, who was apprenticed to Thomas Smith before pursuing a career in London, most famously in the pages of ‘Punch’ magazine.

The lives of Smith’s children at The Tree are discussed, up to the death of Eleanor Smith in 1935. The house continued as a residence, for the Streatfeild family, and subsequent tenants, until 1954 when it was acquired by the Crawley Development Corporation.
Its uses during the years of the New Town have been largely administrative, with occupation by Crawley Borough Council and the Citizens Advice Bureau, but including periods when the building was left empty. Renovation work starting in 2015 has now resulted in the new Crawley Museum as an outstanding facility to showcase the town’s history and culture.

The book does not neglect the physical construction of The Tree and the various changes that have taken place to that construction. There is also material on the barn or ‘Moot Hall’ that stood next to the cottage (now reconstructed at Singleton).

Nadine Hygate has written a thorough and well-illustrated account of an overlooked landmark of Crawley, that deserves to be widely read, especially by anyone interested in local architecture or family history, or the development of Crawley society.