Having freshly arrived at the end of 1990 from the EU on work permit visas my wife and I were promptly furnished by the Home Office with Registration Certificates, and asked to report our domicile in Crawley to the local Police.

We were labelled “Aliens” which makes our kids laugh to this day!

Crawley was described to us as a massive employment success proudly boasting a zero-unemployment rate. The Estate Agent also described Crawley as an apple with two sides with attractive properties in the East (Pound Hill, Three Bridges) and less attractive ( Bewbush, Broadfield)  in the West of the town.

Our work place was to be the old Woodall Duckham House (now called the “Platform”). The line-up of shops opposite our tower block building comprised a beautiful kitchen utensils shop, “Summit Lighting” for all your electric needs and “Unbeatable” for electronic apparatus, first place in Crawley to sell large TV plasma TV sets.

Shortly after our move to Crawley we participated in an open evening at the company “Eurobell” who had dug up all pavements and installed fibre optics for TV and satellite signal to homes.

Much has changed in Crawley since 1990 and not all change was for good.

Having now retired, it’s still the town we call home! 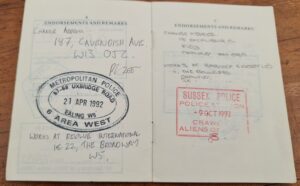 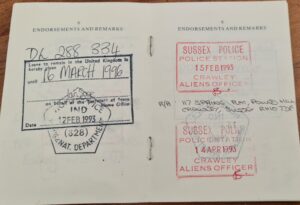 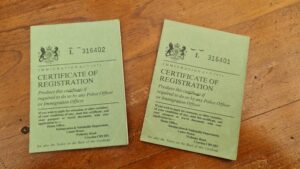